Do you know? Which color does the Egypt flag have? Maybe not. So, to know the color of the flag of Egypt you have to give a few minutes to read this article. Here, I will give you the meaning, history, and the designing of this flag. Almost all people know that the country Egypt is famous for its historical pyramids and many more. But, you should know about the Egypt flag.

What Is The Egypt Flag?

The Egypt flag is the national flag of Egypt, it is a tricolor consisting of the three equal horizontal red, white, and black bands. Also, this flag bears Egypt’s national emblem, the Egyptian eagle of Saladin centered in the white band.

Now, you know what is the flag of Egypt, let me tell you what the Egypt flag meaning is?

What Is The Meaning Of The Egypt Flag?

The meaning of the Egypt flag will tell you the meaning behind the use of color on the flag.

It is the revolutionary and liberation flag that was then adopted as inspiration by several Arab countries and was adopted by many Arab states. The same horizontal tricolor is used by Iraq, Sudan, Syria, and Yemen, the only difference being the presence of distinguishing national emblems in the white band.

Let us understand the history of the Egyptian flag in brief.

The History Of The Egypt Flag

The history of the Egypt flag is given below,

The oldest known flag of Egypt was a plain black flag of the Rashidun Caliphate, the largest empire in the world at that point. The original name of the country was Eyalet of the Ottoman Empire, then Muhammad Ali successfully seized the power. However, through his reign, and that of his sons and grandsons, the country enjoyed virtual independence as its own Khedicate.

During his kingdom, they had used the Egypt flag with stars, and these stars symbolize the victory of his armies in three continents that are Africa, Asia, and Europe. In 1914, Ottoman sovereignty was terminated, when Egypt was declared to be a sultanate and a British protectorate, Egypt retained this flag.

Later, the British occupied the country, igniting ever-greater nationalist resentment. But there was no specific British Egypt flag. Finally, in 1922, the UK agreed to formally recognize Egyptian independence with some terms.

Neighboring countries of Egypt are

Egypt is officially the Arab Republic of Egypt is a transcontinental country spanning the northwest corner of Arcia and the Southwest corner of Asia by a land bridge formed by the Sinai Peninsula.

The official language of Egypt is Arabic.

The Egyptian pound (EGP) is the currency of Egypt.

The weather of Egypt has rain falls in the winter months. It has a usually hot, sunny, and dry climate.

The Map Of Egypt Flag

The flag map of Egypt is. 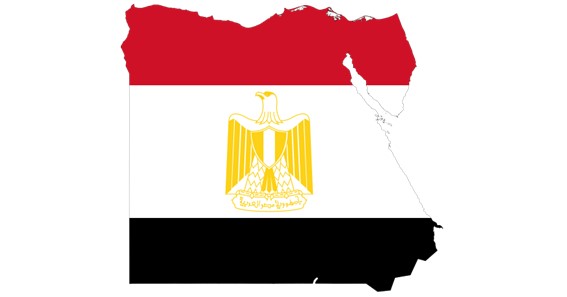 What Does Egypt Flag Represent?

What Was Egypts Old Flag?

How Many Times Has Egypt Changed Its Flag?

Egypt has changed its flag several times as per the ruling king. The first flag of Egypt was designed in the 18th century.

The Egyptians are not Arabs, and both they and the Arabs are aware of this fact. They are Arabic-speaking, and they are Muslim—indeed religion plays a greater part in their lives than it does in those either of the Syrians or the Iraqi.

Did Adam And Eve Speak A Language?

The Adamic language, according to Jewish tradition (as recorded in the midrashim) and some Christians, is the language spoken by Adam (and possibly Eve) in the Garden of Eden.

From this article, you have learnt the Egypt flag colors, ancient Egypt flag, and all possible Egypt flag information. Above, I have mentioned the meaning behind the selection of the colors for the Egyptian flag. It has a deep history and meaning. From now on you won’t need to learn about this flag. Because, after reading this article you will never forget about the Egypt flag.

Above We Have Written All About the Flag Of Egypt Flag

What Is The Flag Of Country Egypt Flag?

What Does Flag Of Egypt Flag Symbolize?

What Does Flag Of Egypt Flag Mean?

What Does the Flag Of Egypt Flag Represent?

What Is The meaning of Egypt Flag’s Flag?

How Many colors are In Egypt Flag’s Flag?

The meaning of Egypt Flag’s Flag

Which Colour is the Flag Of Egypt Flag?

What Does Colours Of Egypt Flag Mean?

Which Is The Flag Of Egypt Flag?

To Know Some Great Stuff Do Visit ListyTop

To Know Some Great Stuff Do Visit Longests

To Know Some Great Stuff Do Visit MainAdvantages

To Know Some Great Stuff Do Visit MeaningInHindiOf

To Know Some Great Stuff Do Visit MesBrand