What Is The Flag Of Hungary?

The flag of Hungary is made up of horizontal bands of red, white, and green colors. The upper strip of red color, the middle strip of white color, and the lower strip of green color. And the official Hungary coat of arms flag might be placed onto it as a badge. The standard proportion of this flag is 1:2.

The Hungarian Constitution does not explicitly state anything about the width and length ratio of the flag. But, there is a law from 1957 that is in force stating that seagoing merchant vessels shall hoist the red, white, and green tricolor in a 2:3 ratio.

By the government of Hungary country decree from 2000, the ratio of flags used on the government building is 1:2.  So after knowing the design of the Hungary flag let us learn its meaning.

What Is The Flag Of Hungary Meaning?

The flag of Hungary meaning is according to some special factor of the country.

The coat of arms is displayed at the center of the flag with a double cross and St. Stephen’s Crown. St, Stephen was Hungary’s first Christian king and is generally considered the founder of the Hungarian state. Now, you know about flag of Hungary let us know the history of the flag of Hungary.

The History of Hungary Flag

The history of the Hungary flag is given below

The tricolor Hungary flag was officially adopted on 12th October 1957, after the abortive revolution in 1956. Do you know? These three colors of the flag were mentioned in a 1608 coronation ceremony, but their association with the monarchs of Hungary may go back to the 13th century. Hungary’s flag was designed by Louis II of Hungary.

Hungary spent much of its history under Turkish and then Austrian domination. A short-lived republic in 1848 restored the traditional arms and colors, by then usually displayed in the tricolor form.

The coat of arms was replaced in 1949 with a more Soviet-style symbol that appeared on the white-colored stripe in the center of the flag. But, this coat of arms was dropped during the revolution of 1956 and the traditional arms restored.

Finally, the National Assembly of Hungary restored the traditional coat of arms but left the national flag as established in 1957.

The neighboring countries of Hungary are

Hungary is a landlocked country in Central Europe. Let us know some important facts about Hungary.

The official Hungary language is Hungarian.

The currency of Hungary country is the Forint (HUF).

The climate of Hungary is a temperate seasonal climate, with generally warm summers with low humidity levels. And cold snowy winters.

The flag map of Hungary is. 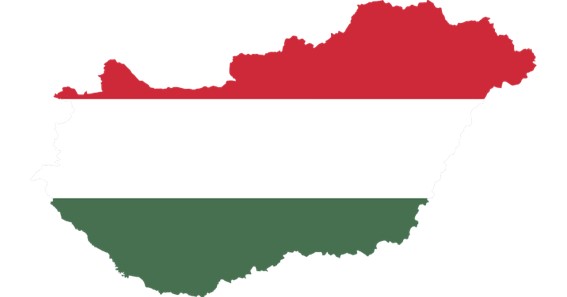 What Does The Flag Of Hungary Represent?

What Is Hungary’s Country Symbol?

Hungary’s country symbol is the coat of arms and it is displayed at the center of the flag on the withe band.

What Race Is Hungary?

The Hungary race is the 4.381 km motorsport racetrack in Mogyorod, in Hungary country, where the Formula One Hungarian Grand Prix is held.

What Language Does Hungary Speak?

The language that Hungary speaks is the Hungarian language.

Is Hungary A Communist Country?

Communist rule in the People’s Republic of Hungary came to an end in 1989 by a peaceful transition to a democratic system.

Why Do Some Hungarian Flags Have A Coat Of Arms?

Above We Have Written All About the Flag Of Hungary

What Is The Flag Of Country Hungary?

What Does Flag Of Hungary Symbolize?

What Does Flag Of Hungary Mean?

What Does the Flag Of Hungary Represent?

What Is The meaning of Hungary’s Flag?

How Many colors are In Hungary’s Flag?

The meaning of Hungary’s Flag

Which Colour is the Flag Of Hungary?

What Does Colours Of Hungary Mean?

Which Is The Flag Of Hungary?

To Know Some Great Stuff Do Visit doesaz

To Know Some Great Stuff Do Visit knowcoz

To Know Some Great Stuff Do Visit YesCancel

To Know Some Great Stuff Do Visit ZoConnects

To Know Some Great Stuff Do Visit blockvik