This article will give you everything about the Italy flag. You might have heard of Italy, it is one of the famous countries located in Southern Europe. Officially it is called the Italian Republic or the Republic of Italy. When the name Italy comes up, you can not ignore Pizza, Pasta, and the famous Rome city. The country is globally famous for its culture, art, beautiful location, and architecture. But, here we will not learn about the popularity of the country but discuss the Italy flag.

What Is The Italy Flag?

The Italy flag commonly known as il Tricolore just like many flags around the world has an interesting meaning in its design, represented by the three colors. The current flag of Italy consists of three vertical bands of uniform size. The very first band near the hoisting side is in green color, the middle band is in white color, and the last band is in red color. There is no symbol or the Coat of Arms designed on the flag.

The flag of Italy looks very simple yet attractive. Despite its simple appearance, it has a deep meaning. And the meaning of the national flag of the country is associated with the history as well as the culture of Italy.

To know the Italy flag meaning, scroll down and read it.

What Is The Italy Flag Meaning?

Now, let’s take a look at the history of the national flag of Italy.

History Of The Italy Flag

You can read many interesting topis on https://doesaz.com/

The neighboring countries of Italy are,

The currency of Italy is Euro, which is denoted by the symbol €, and in short, it is written as EUR. Currently, 1 USD is equivalent to 0.94 Italian euros.

In Italy, summers are sunny, hot, and dry and the winters are mild and sometimes rainy. In mainland Italy, the climate is generally cooler and wetter.

This is the Map Flag of Italy. 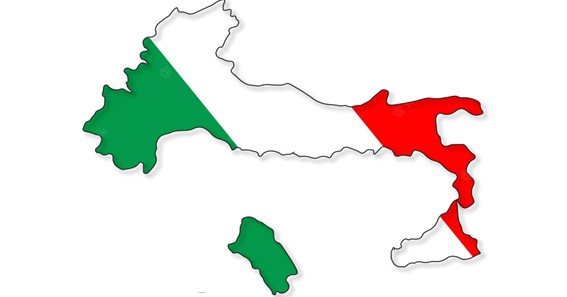 What Is The History Of Italy’s Flag?

What Is Italy’s Flag Called?

The national flag of Italy (Italian: Bandiera d’Italia, Italian: [banˈdjɛːra diˈtaːlja]), often referred to in Italian as il Tricolore (English: the Tricolour, Italian: [il trikoˈloːre]) is a tricolour featuring three equally sized vertical pales of green, white and red, national colours of Italy, with the green at the .

Why Is The Italian Flag Red And Green?

The most popular – which has become the accepted fact – is that the colours represent Italy itself: white for the snowy Alps and other mountain regions; green for the plains and the hills; and red for the blood spilt in the Italian wars of independence.

The emblem of the Italian Republic is characterised by three elements: the star, the cog-wheel, and olive and oak branches. The olive branch symbolises the nation’s will for peace, embracing both internal concord and international brotherhood.

After reading this article you came to know that the flag of Italy was adopted in 1797. And it contains a tricolor band of green, white, and red colors. You also got to know that, the national flag of Italy is also known as the “il tricolor” and it is one of the most recognized flags across the globe. With its trio of colors across restaurant signs all over the world, the Italian flag is an icon of Italy and Italian culture. This was all about the Italy Flag.

Above We Have Written All About The Flag Of Italy

What Is The Flag Of Country Italy ?

What Does Flag Of Italy Symbolize?

What Does Flag Of Italy Mean?

What Does The Flag Of Italy Represent?

What Is The Meaning Of Italy Flag?

How Many Colors Are In Italy Flag?

The Meaning Of Italy Flag

Which Colour Is The Flag Of Italy ?

What Does Colours Of Italy Mean?

Which Is The Flag Of Italy ?