The Nigerian flag is not a flag but an emotion of freedom fighters, civilians, and leaders. I am saying it because it takes too much sacrifice, lives, and time to design and adopt the Nigerian flag. In this article, I will provide you with all possible information including the meaning and history of the flag in detail. However, I will solve your various doubts and will clear your all concepts regarding the Nigerian flag.

What Is The Nigerian Flag?

The flag of Nigeria is an adaptation of the winning entry from Michael Taiwo Akikkunmi in a competition held in 1959. He was a 23-year-old student at the time he designed the flag. Now, you know who designed the Nigerian flag.

After selection, it was first officially used on 1st October 1960, the day Nigeria was granted independence from the United Kingdom. Now, you know the design and color of the flag of Nigeria but you should know about the Nigerian flag meaning.

What Does The Nigerian Flag Mean?

In Nigeria’s flag, the two stripes of the green color represent natural wealth, and the white stripe represents peace and unity.

As mentioned above, there was a competition held to design the flag. A student named Akinkunmi studying at Norwood Technical College in London, England designed it as a flag. After seeing an advertisement in a newspaper that submissions were being accepted for the design of a new national flag of Nigeria.

Akinkunmmi submitted a triband design consisting of a white vertical band in the center, with a green vertical band on each side. So let us learn the history of the flag of Nigeria.

The History Of The Nigerian Flag

The history of the Nigerian flag will give you more information regarding the flag of Nigeria.

In 1897, the old Nigerian flag was captured by the British forces from the Kingdom of Benin. But after getting independence from the United Kingdom, Nigeria held a competition to design the new national flag.

When Akinkunmi had submitted the design, he included a radiating red sun in the white vertical center of the flag. But, he won the contest, however, the judges removed the red sun, leaving only green and white triband design for the national flag.

It is typically for culturally diverse countries such as Nigeria to shoe simpler and less complex flag designs in order to avoid inadvertently offending particular ethnic or religious groups. The flag remained unchanged ever since then.

The neighboring countries of Nigeria are

Nigeria is also known as the Federal Republic of Nigeria, is a country located in the West African continent.

The official language of Nigeria is English but the National languages are Hausa, Igbo, and Yoruba.

Nigeria has a varied landscape. The far south is defined by its tropical rainforest climate.

The currency of Nigeria is the Naira (NGN).

What Does The Green In Nigeria Flag Represent?

The green color in Nigeria flag represents the natural wealth and rich natural resources of the country.

What Is The Old Flag Of Nigeria?

The old flag of Nigeria between 1914 and 1960 was the British blue ensign with a green six-pointed star described as the Seal of Solomon.

A Nigeria flag is a three-line flag with a green line on the sides and a white stripe in the middle of the flag. The green color means the wealth of the country, and the white color means peace and unity,

What Does The National Flag Stand For?

The national flag stands for a flag that represents and symbolized a given nation. And it has flown by the government of that nation, but usually can also be flown by its citizens.

Above We Have Written All About the Flag Of Nigerian

What Is The Flag Of Country Nigerian?

What Does Flag Of Nigerian Symbolize?

What Does Flag Of Nigerian Mean?

What Does the Flag Of Nigerian Represent?

What Is The meaning of Nigerian’s Flag?

How Many colors are In Nigerian’s Flag?

The meaning of Nigerian’s Flag

Which Colour is the Flag Of Nigerian?

What Does Colours Of Nigerian Mean?

Which Is The Flag Of Nigerian?

To Know Some Great Stuff Do Visit prozgo

To Know Some Great Stuff Do Visit shortestt

To Know Some Great Stuff Do Visit singerbio 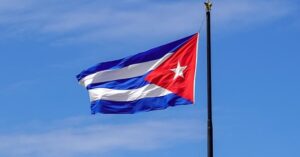 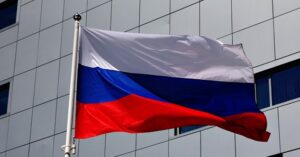