The Poland flag is similar to the Indonesian flag but has a different meaning and history. This article will tell you everything about the flag of Poland. The meaning and history of this flag will make you well aware of it. The Republic of Poland is divided into a total of 16 provinces called voivodeships but the country uses only one flag called the flag of the Republic of Poland. So, let us learn more about the Poland flag.

What Is The Poland Flag?

The Poland flag consists of two colors which are red and white. It has a horizontal band such that the upper band is of white color and the lower band is of red color. There is no symbol or inscription displayed on the flag.

The Poland national flag has a fixed and standard dimension which is 5:8. This flag was adopted on 9th July but officially it was 1st August 1919. Both bands have equal width, you can find it when you see the Poland flag upside down. These two colors are defined in the Polish constitution as the national colors.

So, this is all about the Poland flag colors and design, let us learn the meaning behind these red and white colors.

What Is The Poland Flag Meaning?

The Poland flag meaning is not so long but it is simple to understand.

Do you know? Poland’s flag is somewhat similar to the flag of Indonesia and the flag of Monaco. Let us understand the differences between these flags.

Poland and Indonesia flags are almost identical but the main difference between them is, the Indonesian flag is longer than Poland’s flag. Also, the colors of these flags are reversed.

The main difference between these flags is the flag of Monaco and Poland with the reversed color.

The History Of Poland Flag

The history of the Poland flag will tell you about the formation of this flag.

The old Poland flag was a cloth draped to a wooden pole or spear. And this flag was used as both religious and military symbols as early as the 10th century. This white and red flag was first waves during a patriotic demonstration on 3rd May 1918 in Warsaw.

After that, the organizing committee advised participants about the correct alignment of colors. Many participants suggest keeping a red stripe on top and a white stripe at the bottom. After finishing a year after independence, the Sjem officially introduced a white and red bicolor flag as the Polish national flag.

Neighboring countries of Poland are

The Russian province of Kaliningrad Oblast

Poland is a country located in Central Europe and it is the 5th most populous member of the state of the European Union.

The official language of Poland is Polish.

The weather of Poland is mostly temperate throughout the country. Here, winter is drier than summer.

The currency of Poland is Zloty (PLN).

This is the Map Flag Of Poland 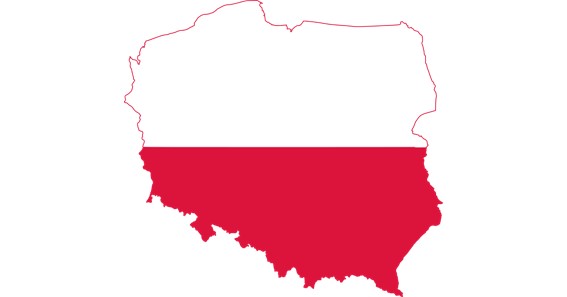 Why Poland Flag Is Upside Down?

The Poland flag is upside down because, when Falco created Polandball on Krautchan many many years ago, he drew Poland with red on top. This rule is established and never removed.

Why Do Poland And Indonesia Have The Same Flag?

Poland and Indonesia have almost similar flags, but the meaning of the flag color is different and the ratio is also different.

Why Is There An Eagle On The Polish Flag?

The Eagle on the Polish flag is displayed because it originated when Poland’s legendary founder Lech saw a white eagle’s nest.

Why Is The Flag Of Poland Red And White?

What Is Poland Famous For?

Poland is known for being the home of delicious pierogi, former pope John Paul II, and Europe’s most ancient old-growth forest. It is also a country rich in unique history and stunning geography, from the Tatra mountains to the Baltic Sea. Read on below for some of the most crucial things to know about Poland!

What Do The 3 Colours Of The Poppy Represent?

It is thought that the red of the petals represents the blood of those who gave their lives, the black button in the middle is for the mourning of those who never welcomed their loved ones home and the green leaf shows the hope that the grass and crops growing after the war brings.

From this article, you became well aware of the flag of Poland along with its construction and design. Above, I have given you the meaning of each color that is used in the flag and also the history of the old flags in detail. Now, you do not need to learn more about this flag because now you know everything about the Poland flag.

Above We Have Written All About the Flag Of Poland

What Is The Flag Of Country Poland?

What Does Flag Of Poland Symbolize?

What Does Flag Of Poland Mean?

What Does the Flag Of Poland Represent?

What Is The meaning of Poland’s Flag?

How Many colors are In Poland’s Flag?

The meaning of Poland’s Flag

Which Colour is the Flag Of Poland?

What Does Colours Of Poland Mean?

Which Is The Flag Of Poland?

To Know Some Great Stuff Do Visit GrowMeUp

To Know Some Great Stuff Do Visit GuessingTrick

To Know Some Great Stuff Do Visit HindiSaath

To Know Some Great Stuff Do Visit HindiVeda

To Know Some Great Stuff Do Visit HowTat