What Is The Russian Flag?

The Russian flag is a tricolor flag consisting of three equal horizontal bands of different colors. The upper band is of white color, while the middle band is of blue color, and the lower band is of red color. There is no Russian flag symbol displayed on the flag.

What Is The Russian Flag Meaning?

The Russian flag meaning is hidden in the flag itself, you should know about it.

There are so many meanings of the colors used in the flag but the most popular meanings are,

Do you know some interesting Russian flag information? That is, the national flag of Russia is not used in games like the Olympics. So, they use another Russian flag for Olympics. The Olympics flag is known as the ROC flag. Let’s increase your knowledge by learning the history of the flag.

The History Of The Russian Flag

The history of the Russian flag is given below,

The old flag of Russia was used as an ensign for Russian merchant ships in 1696 and it remained in use until 1858 when the first official flag called the Russian empire flag was decreed by Alexander II. The flag was the tricolor consisting of three horizontal stripes of black, yellow, and white from top to bottom respectively.

This flag remained in use until the Revolution of 1917. Later on, the Bolshevik Revolution happened and the tricolor flag was abolished, its use was prohibited during the White Movement and the Russian State during the Russian Civil war.

After that, Russia became part of the Soviet Union, and the Soviet Russian flag was a flag of red color with a golden hammer and sickle and a golden bordered red star on top. After the 1991 August Coup, during the dissolution of the Soviet Union. The Russian SFSR adopted a new flag that looks almost identical to the Pre-revolutionary tricolor flag that was abolished in 1917.

Then, the flag design remained the same until 1993, when the original Russian tricolor flag was fully restored as the current flag after the 1993 Russian Constitutional Crisis.

The neighboring countries of Russia are

Russia is a transcontinental country located in the Eastern European continent and the Northern Asian continent. it is the largest country by area.

The official language of Russia is Russian.

Russia uses the Russian ruble (RUB) as a currency.

The popular food of Russia is Borscht, Bliny, Shchi, Vareniki, Kasha, Solyanka, Pelmeni. And many more.

The climate of Russia is extremely variable because of the size of the country. It is with extremely severe winters in the inner regions of northeast Siberia and more moderate winters elsewhere.

The flag of Russia map is. 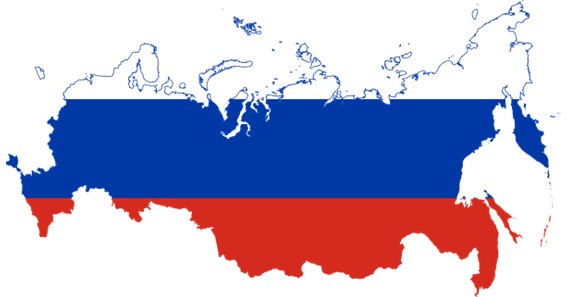 Does Russia Have Two Flags?

No, the national flag of Russia is one that represents the country but it is the second flag in the Russian Federation’s history.

What Is The Real Russian Flag?

The real Russian flag is a tricolour flag consisting of three horizontal equal bands of white, blue, and red from top to bottom respectively.

Why Is Russia Flag Red White And Blue?

What Happened To The Old Russian Flag?

The old Russian flag was abolished and also its use was prohibited by the White Movement and the Russian state during the Russian Civil War.

What Is Russian Famous For?

What is this? Russia is best known for Moscow, its stunning capital city on the Moskva River in Western Russia. The city is home to many of Russia’s famous landmarks, including the Red Square, the Bolshoi Theater, St. Basil’s Cathedral, Kremlin, Cathedral of Christ the Saviour, and many others.

Why Are There 2 Russian Flags?

When the Soviet Union dissolved, its symbols were replaced. The non-Russian territories acquired by tsars and communist leaders became independent, and the Russian Federation that remained readopted the white-blue-red Russian national flag.

Above We Have Written All About The Flag Of Russian

What Is The Flag Of Country Russian?

What Does Flag Of Russian Symbolize?

What Does Flag Of Russian Mean?

What Does The Flag Of Russian Represent?

What Is The Meaning Of Russian Flag?

How Many Colors Are In Russian Flag?

The Meaning Of Russian Flag

Which Colour Is The Flag Of Russian ?

What Does Colours Of Russian Mean?

Which Is The Flag Of Russian ?

To Know Some Great Stuff Do Visit BestMoviesIn

To Know Some Great Stuff Do Visit BioCaptions

To Know Some Great Stuff Do Visit BiosWikis

To Know Some Great Stuff Do Visit Caresclub

To Know Some Great Stuff Do Visit CaresGuru

To Know Some Great Stuff Do Visit Populationzone